For travelers and locals alike, the Buena Vista is a hub for mingling over sourdough, crab cakes, eggs Benedict, and of course, the café’s world-famous Irish coffee. We met with owner Bob Friedman for a glimpse into the origins of the Buena Vista, his stewardship, the famous coffee recipe, and what has made the café an enduring touchstone of the San Francisco experience. 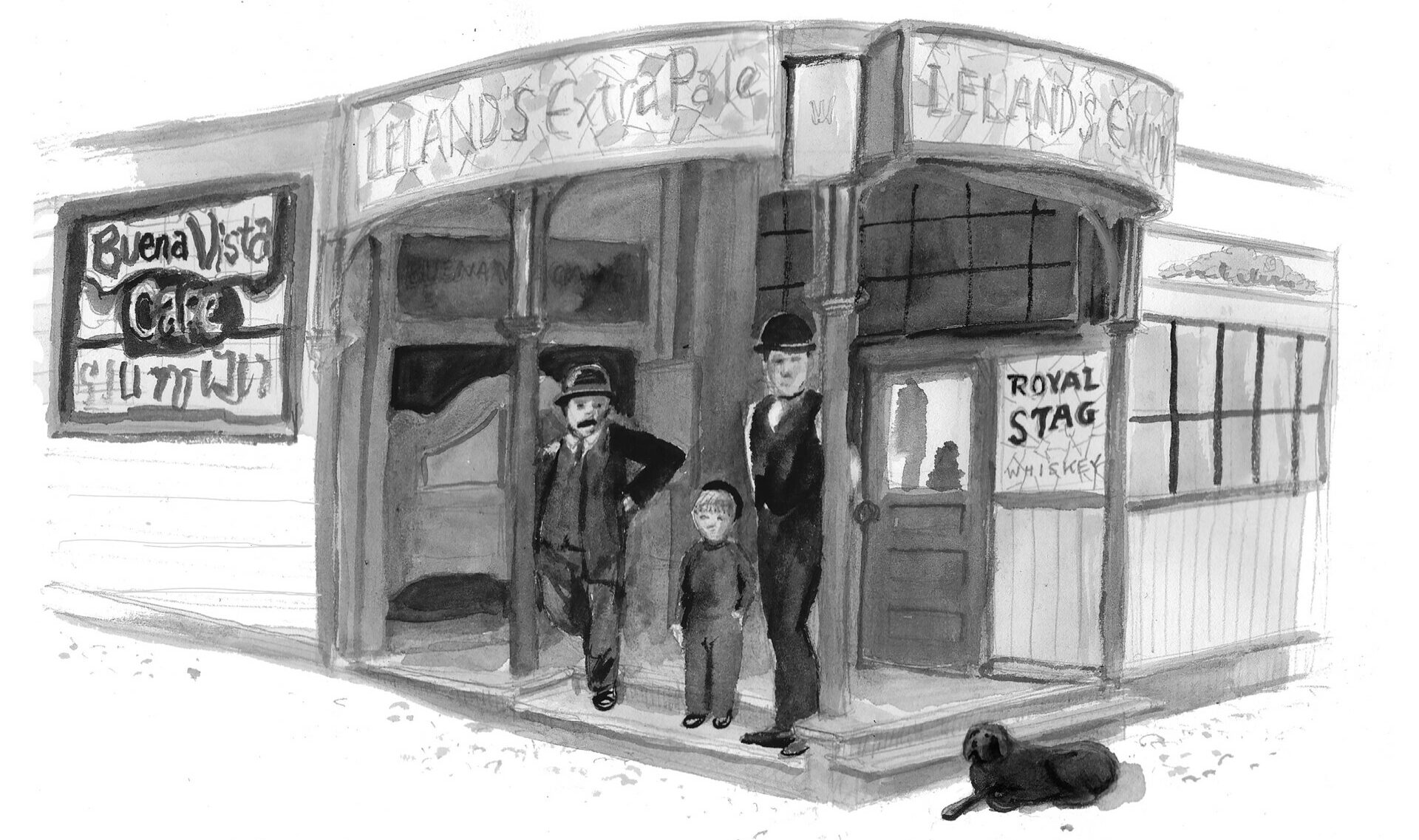 HOW LONG HAS THE BUENA VISTA BEEN AROUND? The original building where the Buena Vista sits today was a boardinghouse until 1916, when the landlord converted the first floor into a saloon. Named the Buena Vista [meaning “good view” in Spanish], the saloon served as a meeting place for the hundreds of fishermen and handlers who worked for the nearby sardine cannery. They would sneak in a whiskey while scouting the bay for incoming fishing boats. Spotting a boat meant they had to get back to work. 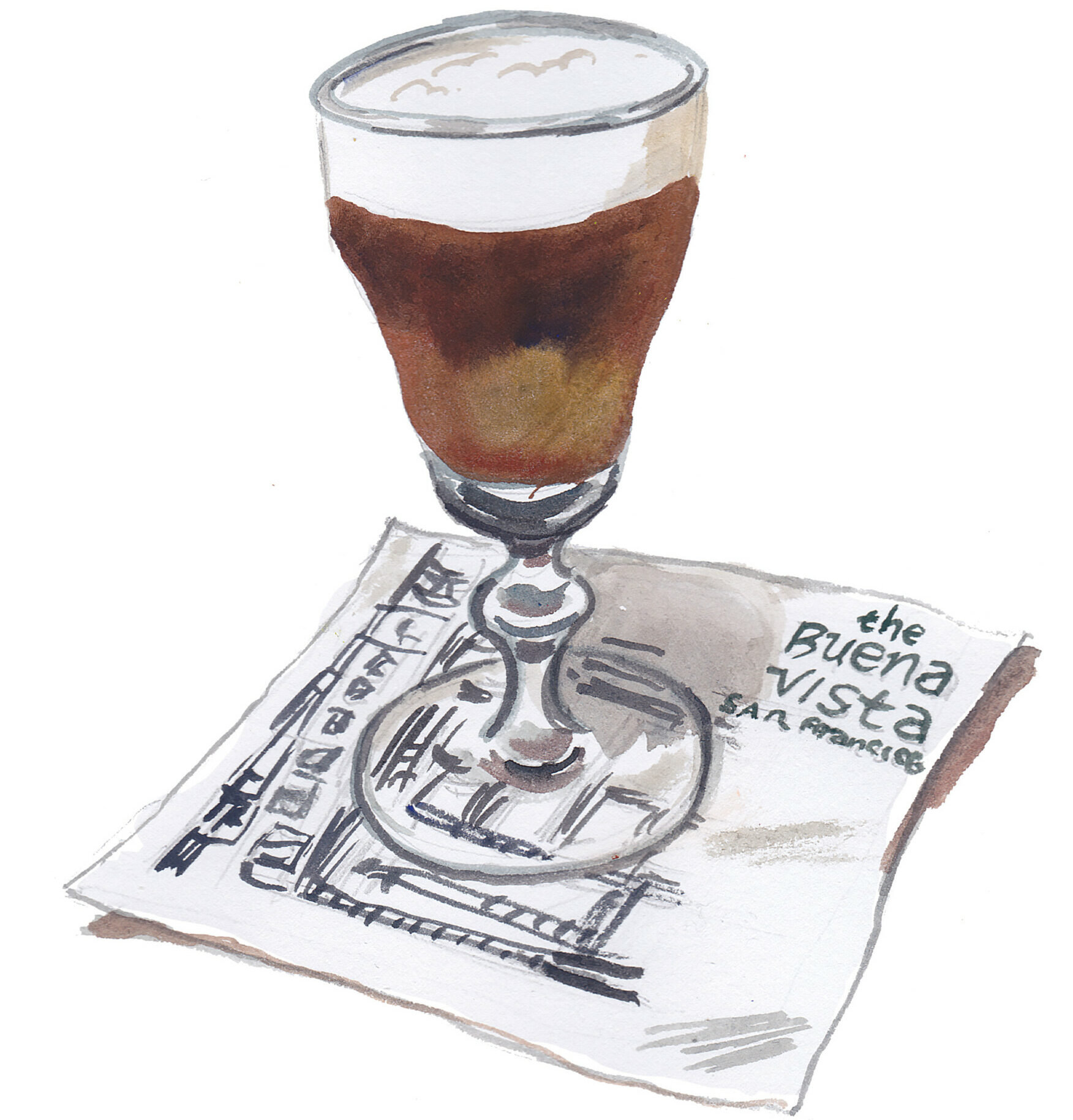 WHAT’S THE STORY BEHIND THE FAMOUS IRISH COFFEE RECIPE AT THE BUENA VISTA? Irish coffee at the Buena Vista originated in 1952 with a challenge from Jack Koeppler (the café’s owner at the time) to travel writer Stanton Delaplane: to help re-create an “Irish coffee” Delaplane had sampled in Ireland. After numerous tries to get the concoction just right, they consulted a local dairy farmer. They found that a certain aging and frothing method allowed the cream to float on top of the Tullamore D.E.W. Irish whiskey and hot coffee combo. While our Irish coffee was certainly not the world’s first, it’s widely revered as one of the best. We’ve even had one of our own bartenders, Frank Siletti, win the World Championship of Irish Coffee making. 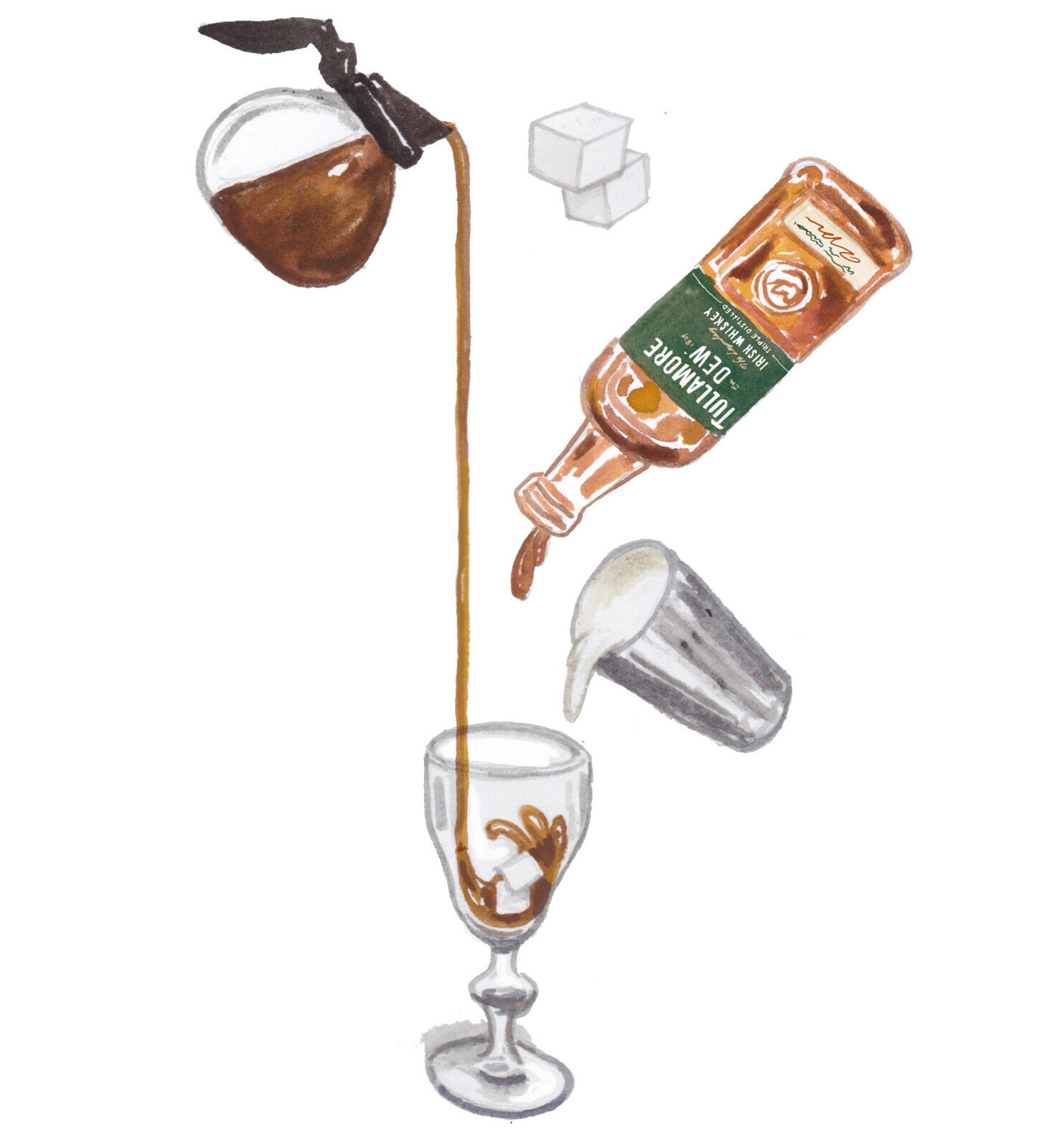 IT’S RUMORED YOU DIDN’T LIKE IRISH COFFEE WHEN YOU PURCHASED THE SALOON. HAVE YOU WARMED TO THE IDEA? Not sure where that rumor started. It’s definitely one of my favorite drinks. Buying the Buena Vista would have been a sound business decision on its own, but the love I have for the product (which isn’t just the Irish coffee, mind you) goes beyond good business. 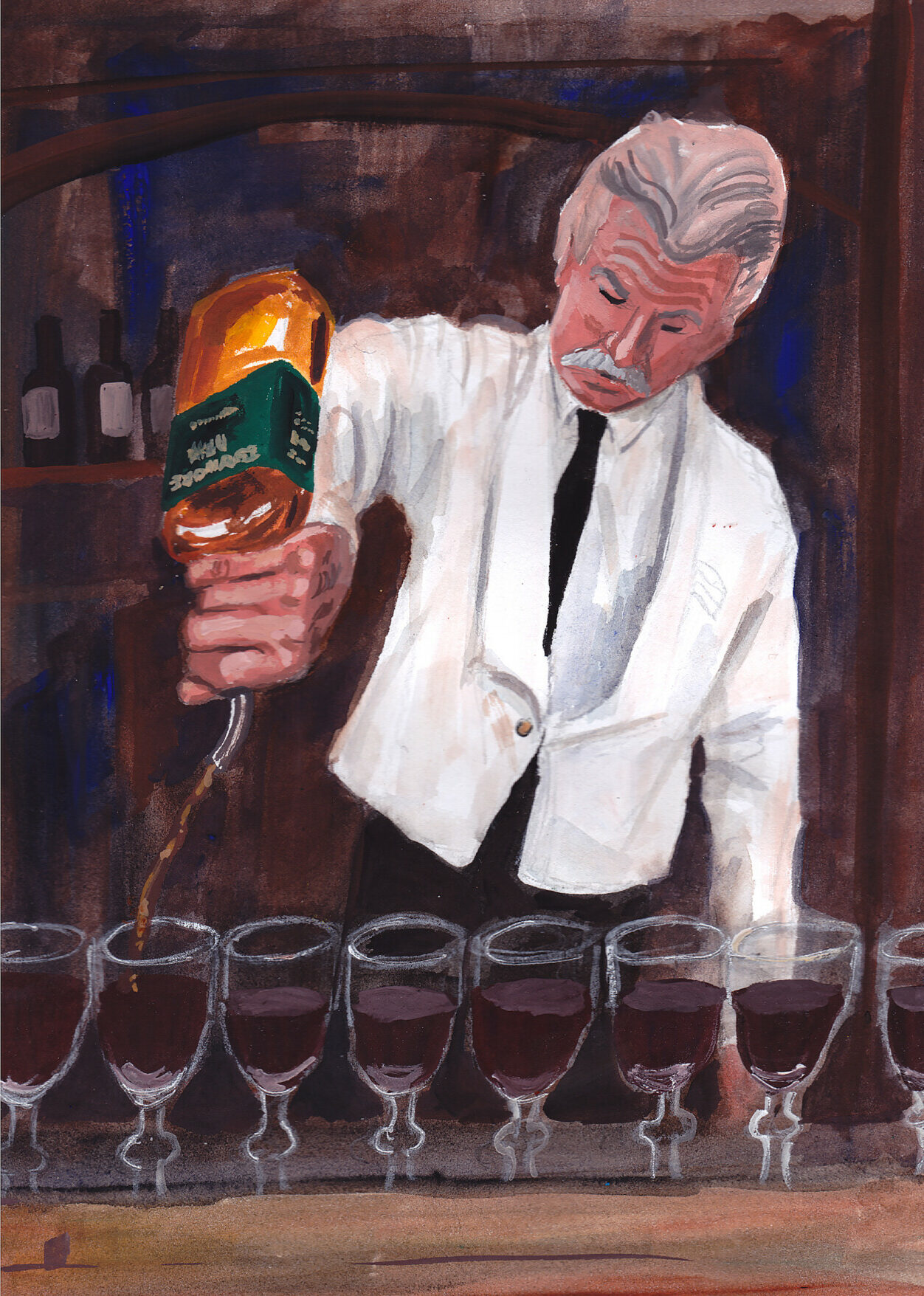 HOW MANY IRISH COFFEES DOES THE CAFÉ MAKE PER DAY? Tens of thousands. At one point during the pandemic, we dropped into the hundreds, but we pretty swiftly returned to normal production levels. A few of our past bartenders put the number of Irish coffees they made during their tenure at over 10 million. Even more impressive, we pour more Irish whiskey in a year than anywhere else on the planet. 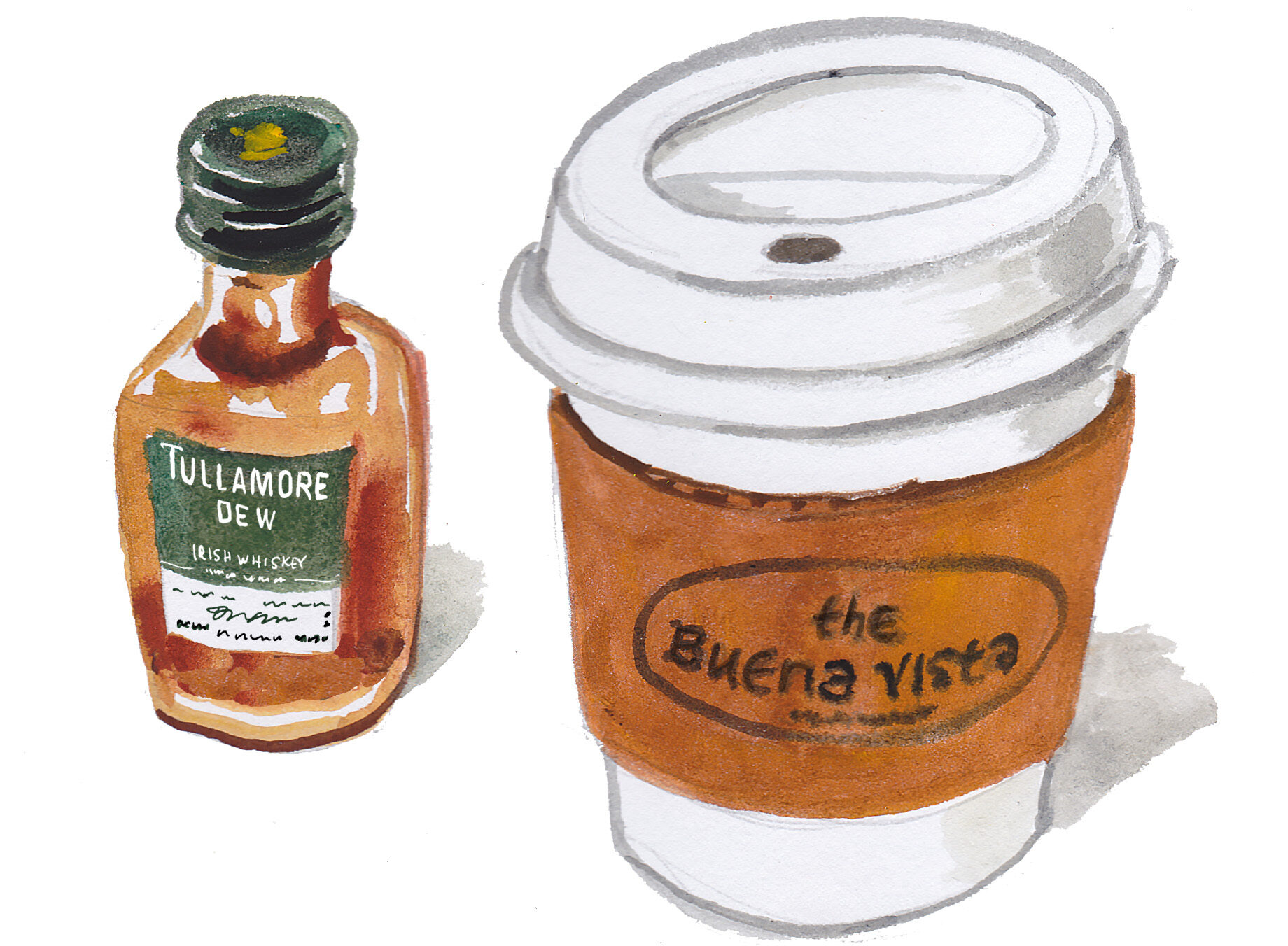 HOW DID THE PANDEMIC IMPACT THE BUENA VISTA? Just like other bars and restaurants, we took an initial hit, but the community responded when we started to make to-go and double Irish coffees available after the initial shutdown. It was so successful that Tullamore D.E.W. had to stop shipment to other locations in the US to exclusively supply the demand we were seeing. We were grateful to see the community rally around us even when we couldn’t offer the inside experience. 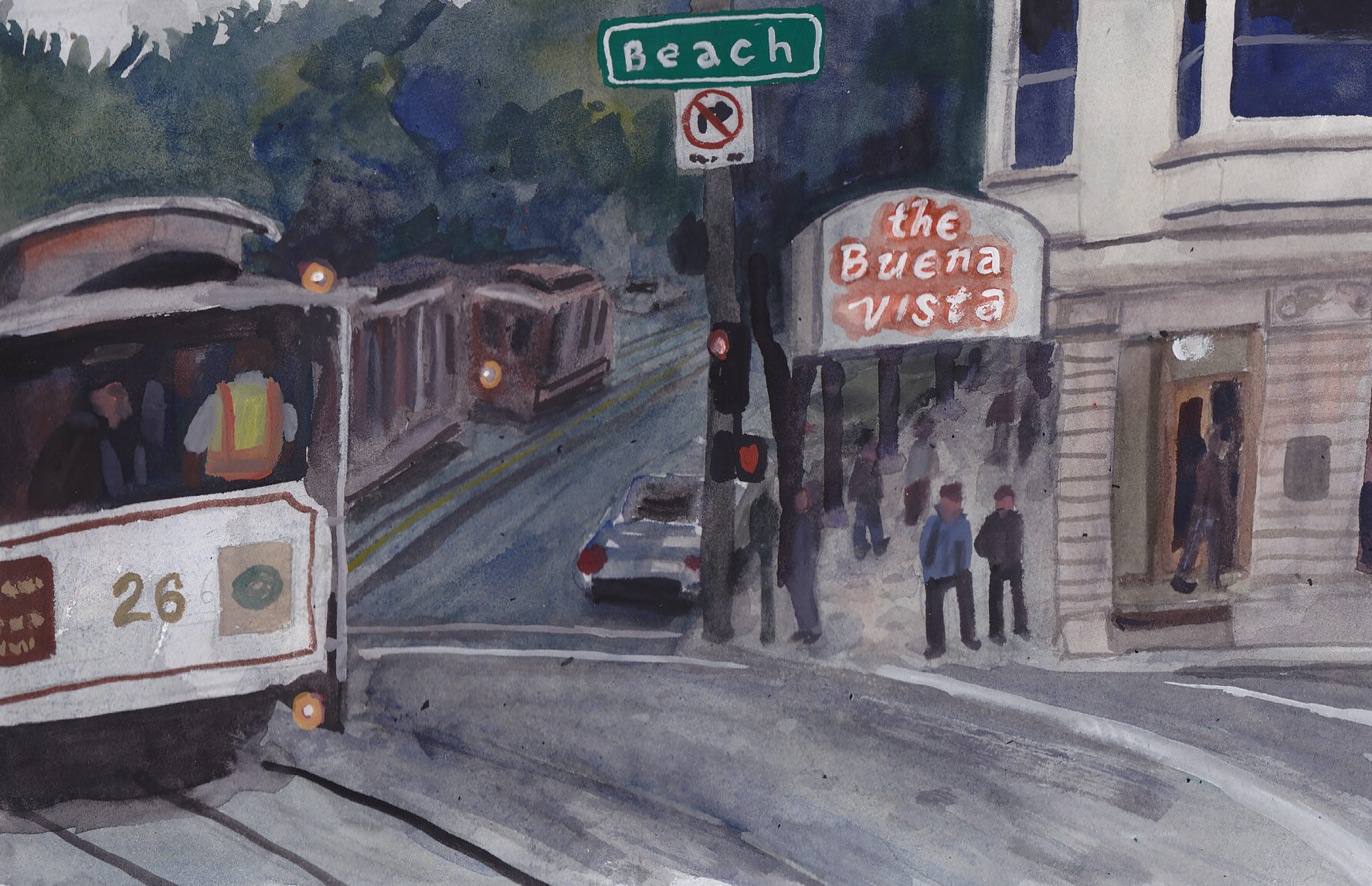 THE BUENA VISTA HAS BEEN AROUND FOR DECADES. WHAT DO YOU THINK HAS HELPED IT ENDURE THE MANY ITERATIONS OF SAN FRANCISCO? It just has a different feel to it. For many tourists it’s how they start their day, for locals it’s a place they always take out-of-towners, and for some, it’s a second home they’ve shared with others. We’re one of the few places in San Francisco that has communal seating, and that just adds a bit of allure to the place that you may not read about in reviews. We hope to continue serving the many versions of San Francisco for decades to come. ♦

Brennan Woodruff has lived in San Francisco for four years. Originally from Indiana, he’s come to love the enrapturing views waiting around every turn in SF. When not working on his start-up, he spends his time helping The Guardsmen raise money for at-risk youth in the Bay Area.

Dan Bransfield is an author, illustrator, and animator living in Presidio Heights. He created The Word Cage for therumpus.net and is a contributor to Edible San Francisco magazine. He enjoys sunny days in the city’s various parks, tennis, and hangouts at Breck’s café.